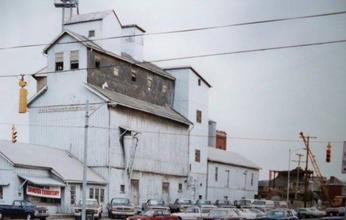 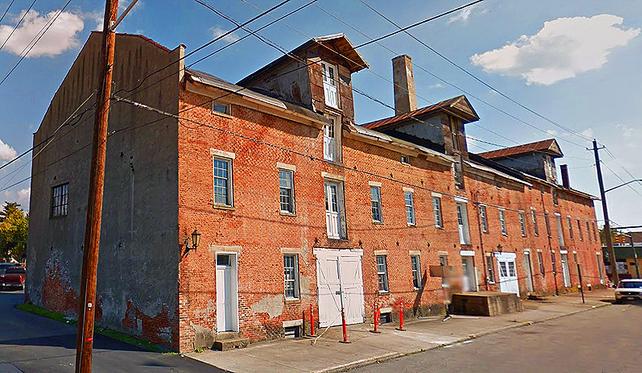 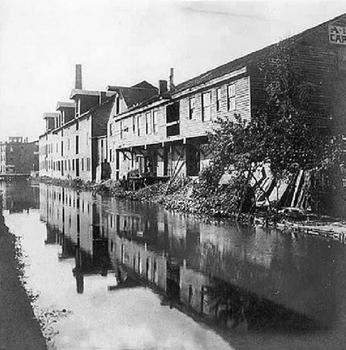 After leaving the Worthington mill it entered Chillicothe following the Scioto River and bending at west edge of the Chillicothe downtown turning east. Just prior to corner was a waste weir and dry-dock that overflowed into the Scioto river and was the site of a major breakout February 6th 1891, again in 1907 that essentially closed the canal in Ross county and Chillicothe. Located on the West side of the canal was a docking basin the served several warehouses that line Water Street, name so because of the canal running on the North side of the street.

On April 1, 1852 a major fire burned the two blocks facing Water Street, the canal was drained for repairs at the time of the fire, and with no water to fight the fire all the buildings were destroyed. Those two blocks were rebuilt and are all canal era buildings built after the fire in 1852 to the 1860’s.

The canal turned Southwest after Water street and included warehouses, slaughter houses, canning companies coal, stone and gravel yards followed by two more locks in town before exiting in an aqueduct across paint creek and entering the foothills southeast of Chillicothe. The second of those locks walls are buried and still intact.

One of those warehouses was the Emmitt Warehouse that is in need of repair and may be one of the most significant intact buildings left in Southern Ohio. We will discuss this building and talk with one of the current principals about plans for restoration.

After exiting Chillicothe the canal passed out of town on three locks road where the lock walls still stand, and the state dam, a feeder for the 15 mile level from Chillicothe to Waverly. It is at the same elevation as lake Erie before dropping another 80 feet to the Scioto river in Portsmouth Ohio.

The canal leaves Circleville enters the 17 mile level, following the Scioto River valley. Flowing south to Worthington Mill (later it was purchased and renamed to  Marfield Mill) and locks just north of Chillicothe. The south end of the 17 mile level was also part of Camp Sherman a WWI training camp site and the tow path used for travel of the soldiers to and from Chillicothe.