The following details are subject to change:

Returning eastward in the afternoon via the historic National Road, with attention to period buildings, bridges and remnants of both the Miami & Erie Canal and the Whitewater Canal, and with lunch at the residence of Indiana Civil War Governor Oliver Hazard Perry Morton in Centerville, Indiana. 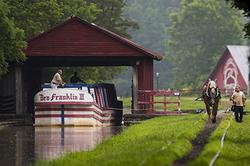 A canal-era Covered Bridge in Eaton, the oldest still standing in Ohio.

Deadline August 24 for reservations at the Holiday Inn Express. Phone 937-505-1670 and specify Canal Society of Ohio to reserve a double queen for $129 per night, not including tax. 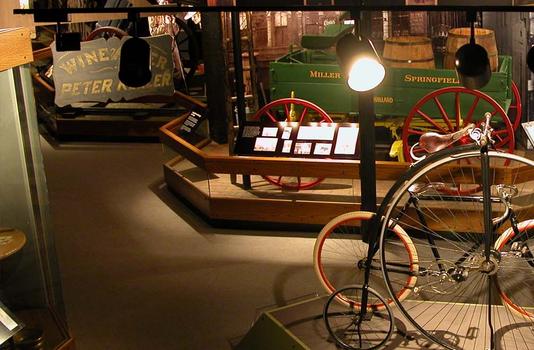 The Oliver P. Morton House in Centerville Indiana, was the home of Indiana's Governor during the Civil War. The home is currently undergoing restoration.  It was the lunch stop for the Fall Tour.

"Pennsylvania House" -- a canal-era 1839 inn at the point near Downtown Springfield where the Dayton Bypass split off from the National Road. The name probably reflects the influence of Quaker settlers from Pennsylvania.

The Madonna of the Trail in Springfield, one of a series of 12 statues commemorating pioneer women.

"Print and Mail This Form to Reserve Your Place". 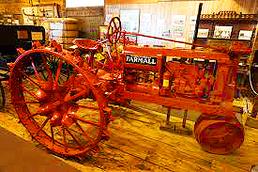 ​The tour bus will depart at 8:00 a.m. from the Red Roof Inn (next door to the Holiday Inn Express). NOTE THE DEADLINES for hotel reservations at negotiated rates: 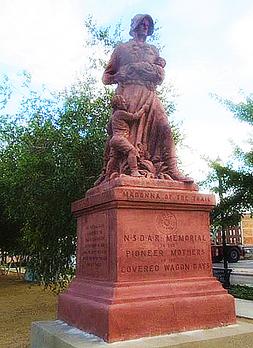 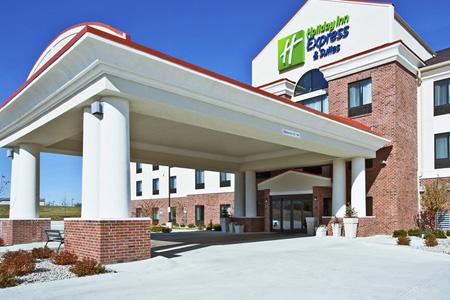 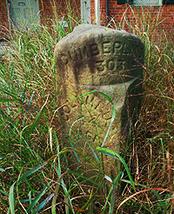 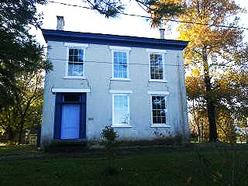 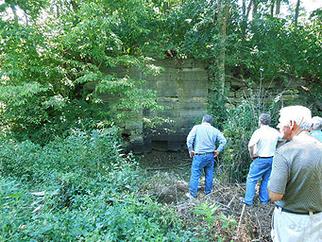 As my friend and I drove into Centerville, I thought for a moment that we had driven through a tear in the fabric of time. (a visitor)

Places Visited On Our Tour 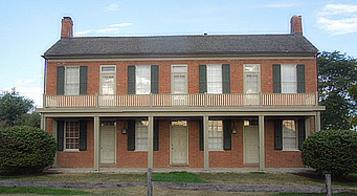 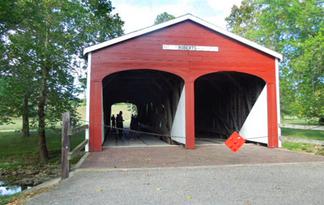 Many thanks to Bob Schmidt, for the Fall Tour 2019 photographs. 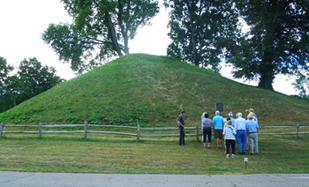 Stone Mile Marker at the Pennsylvania House says 303 miles from Cumberland Maryland, but that is not the original marker for this location and the mileage is not correct. 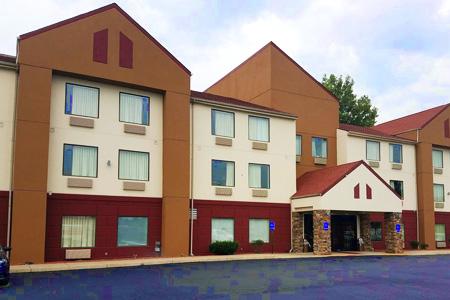 Wagon Routes from Springfield to Indiana

An exploration of the National Road and the Dayton Cutoff Between Springfield, Ohio and Cambridge City, Indiana, jointly sponsored by the Canal Societies of Ohio and Indiana. 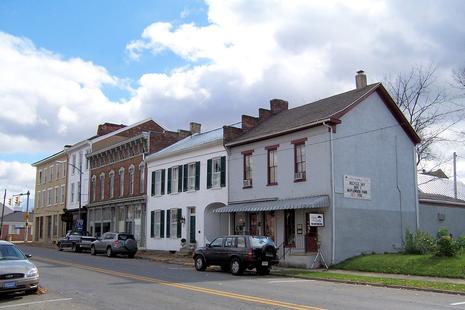 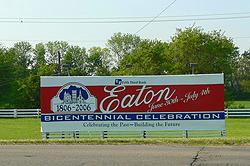 An exploration of the National Road and the Dayton Cutoff 2019