From this map you can see about where the other locks were.

The further North you go on this road the closer you get to a rather large industrial park.

This road is the last remnant of the canal in this area.

This is Lock 30. This is sitting on a stream bed which is part of a drainage system. You can hike east through the woods and you’ll see the drainage parts and the next lock. 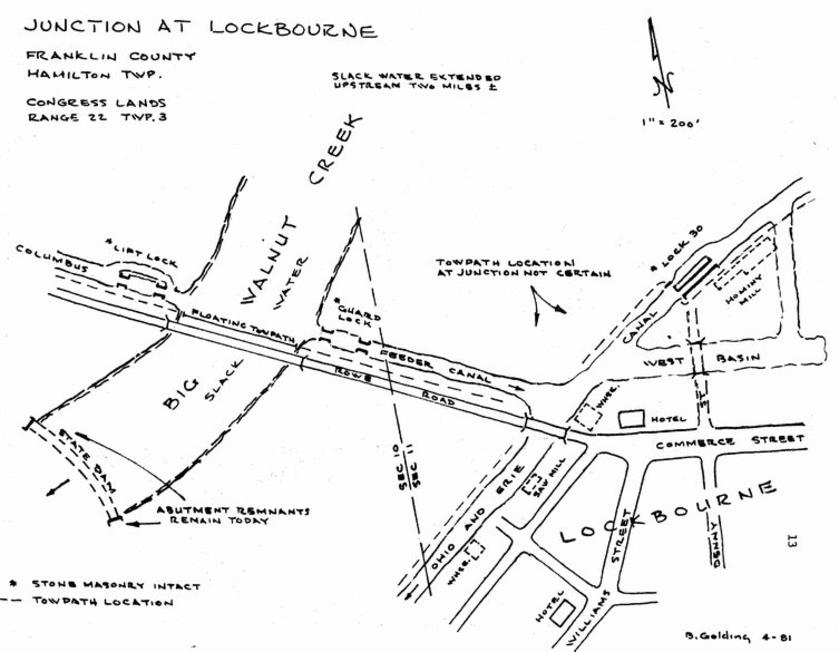 Lock 29 has seen better days and has some big tree roots sticking through it.

Wonderful Vintage Photographs from the Files of Member David Meyer 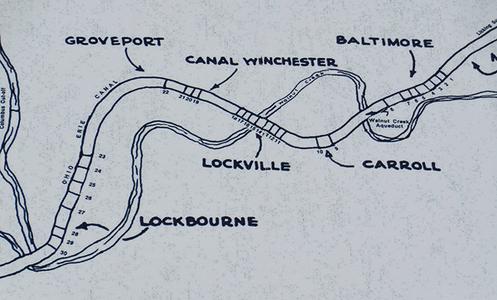 Lockbourne, OH was the town where the Columbus Feeder canal joined the Ohio and Erie canal. It has a population of around 275 people according to the website for the town. 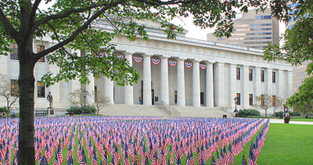 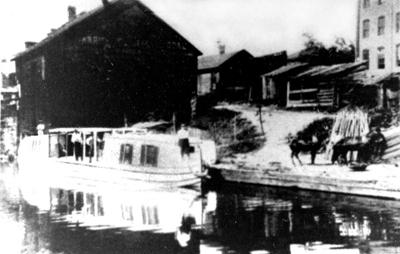 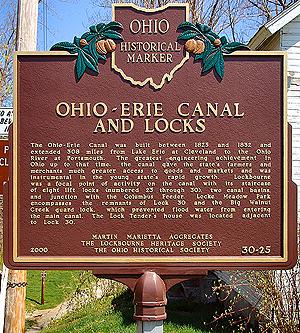 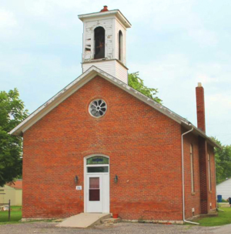 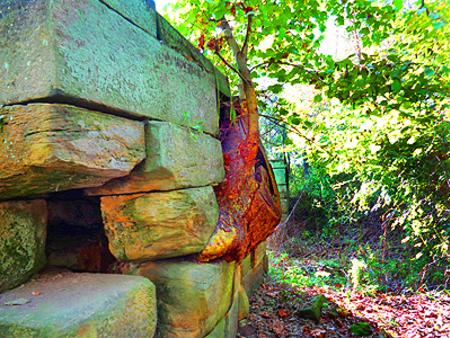 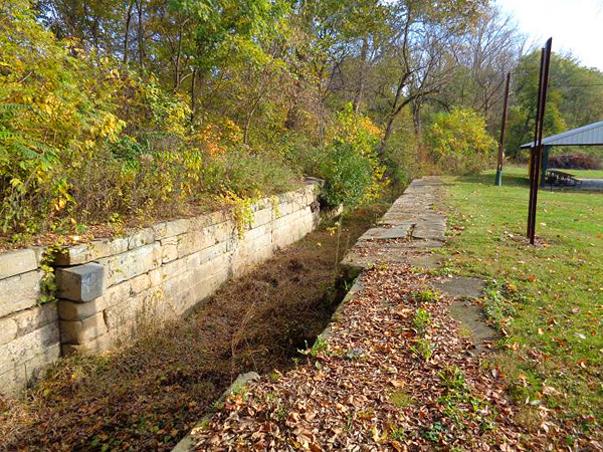 Line Boat at the basin near Friend Street in Columbus

This relatively short (12 mile) lateral canal assured access to the Ohio and Erie Canal for the capitol city. It joined the major canal at Lockbourne and furnished a source of water for the O&E. Interesting lock structures may be seen at Lockbourne as well as the entry of the feeder into the main canal. Lockbourne has created a recreational park, open to the public, that contains Lock 30.

Lockbourne was a "canaller's town" with numerous taverns and a distillery said to produce one hundred barrels of whiskey per day. The owner operated two canal boats for the purpose of shipping his product. 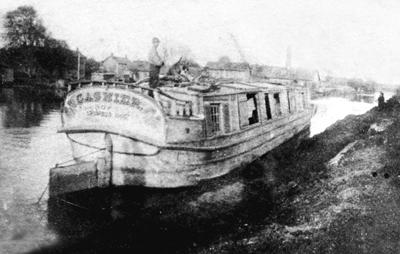 "The Columbus Feeder Canal"
In order to connect the state capital to the Ohio-Erie Canal and provide a dependable supply of water for this section, engineers began to survey an eleven-mile navigable feeder from the Scioto River in Columbus in 1824. Groundbreaking ceremonies took place in Columbus on April 30, 1827, with the Granville Company receiving the contract for all masonry work in the Lockbourne area on both the main canal and the feeder. The first canal boat arrived in Columbus on September 23, 1831. Boats ascending the Columbus Feeder crossed Big Walnut Creek through a slackwater pool above the "state dam," then traversed the lift lock. With a fourteen-foot difference in elevation between Columbus and Lockbourne, the canal required just two lift locks; the other was located four miles below the terminus. The last canal boat left Columbus in 1904.