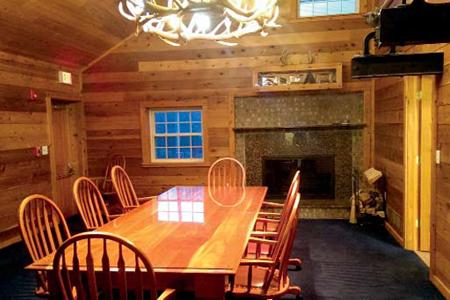 Doug ​was our gracious host in Kent.  He took us on a history hike to highlight P & O Canal features and the industrial heritage in the former Franklin Mills. 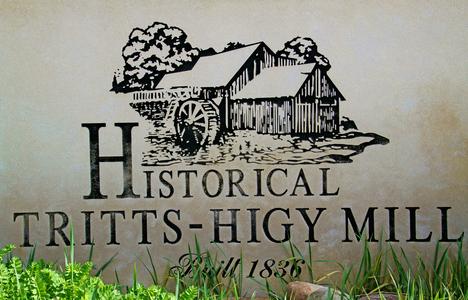 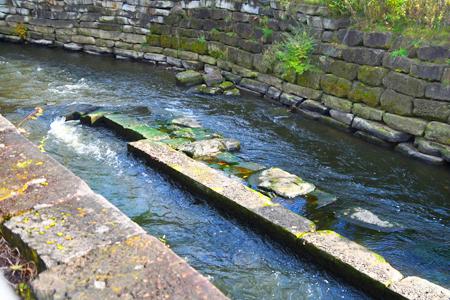 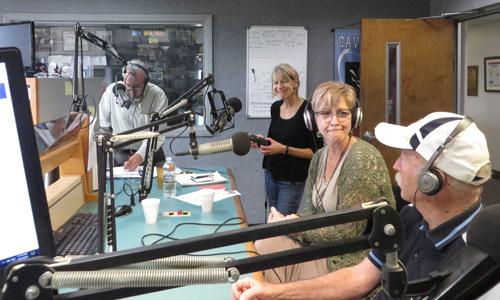 Tritts Mill was built in 1836 by Mr. Brewster. Joseph Tritt subsequently acquired the mill and continued producing flour. In 1900, the owner installed an 1898 cider mill and powered it with a wooden waterwheel. In 1911, the Higy family purchased the mill and was operated by a grandson and his wife, Chuck and Anita Higy up until the 1980s. They produced over 17,000 gallons of apple cider each year.  It became a hardware store in the late 80's, then was rehabilitated into offices.  It has been for sale since 2016.

Summit of the Pennsylvania & Ohio Canal at Ravenna and Kent

Our first step on guide:  Alvaro Bello from the Lighter Than Air Society (LTA) met us at the Wingfoot Lake air base built in 1917. 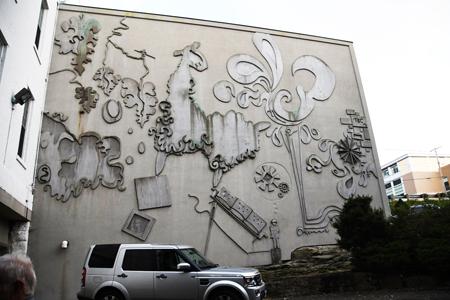 Corresponding Secretary Mary Starbuck and President Larry Turner, of the Canal Society of Ohio, were interviewed on Radio Station WAKR. The Societies Fall Tour this year, will feature The Portage Lakes Region. 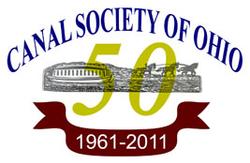 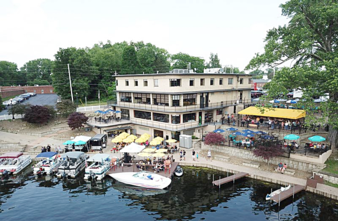 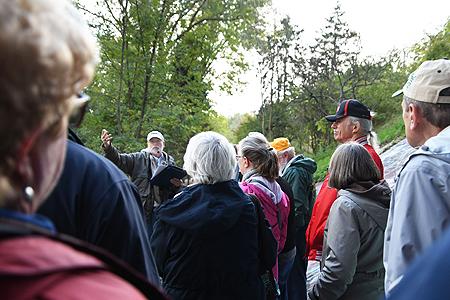 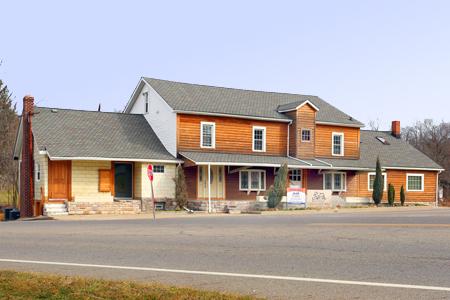 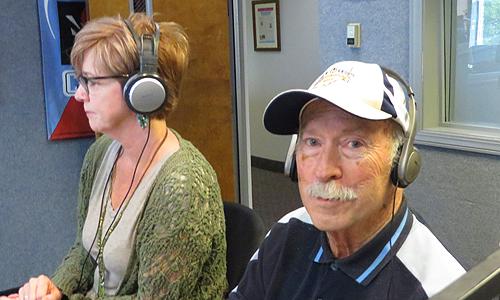 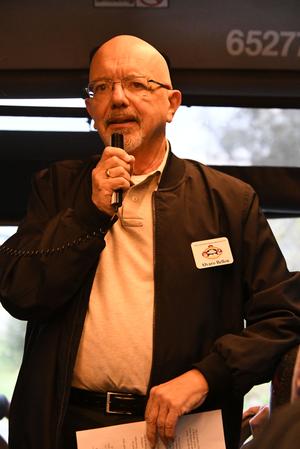 Canal Society of Ohio and Pennsylvania Canal Society
Joint Fall Tour - Oct 19-20 - "Portage Lakes to the Portage Summit"
The 2018 Fall Tour visited various lakes and canal remnants around the summit level of the Ohio & Erie Canal and the Pennsylvania & Ohio Canal.  In the mid-1820s, Akron was chosen as the point for the O&E Canal to cross the continental divide between the Erie and Ohio watersheds, because the Akron area has an abundance of water in lakes and streams.  Water runs downhill, so a canal cannot function without a dependable supply of water at its highest point.  Many of the lakes in the Akron area were created or modified to serve the needs of the canal as well as the needs of industry, and eventually the needs of individual households.

Our tour of October 20 began at the Holiday Inn on Arlington Road at I-77, and proceeded first to Springfield Lake and the village of Lakemore before traveling to a first stop at nearby Wingfoot Lake, site of the 1917 Goodyear Airdock, where many of the company's famous blimps were built and serviced.  After that, the tour made its second stop at the gated community on Congress Lake near Hartville.  From there, the tour crossed low-lying farmland to its third stop at Ravenna, at the summit level of the P&O Canal.

​Then turning west, we made our fourth stop in Kent, and hiked on foot past 19th century canal structures and industrial buildings that grew up along the P&O.  Our fifth stop was for lunch at Pick's restaurant overlooking West Reservoir in the Portage Lakes.  After lunch we toured around several of the Portage Lakes, guided by an expert from ODNR from whom we learned the levels of the different lakes and hence the direction of  flow between them.  After that we stopped for a hike by Summit Lake in Akron.  Our final stop before returning to the hotel was at Tritt's Mill, a 19th century mill building on the Tuscarawas River. 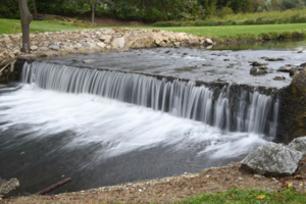 Lisa Nunn, Director Let's Grow Akron, warmly greeted us at her office on Harvey Ave on the west side of Summit Lake.  We walked over to see the canal boat replica and site of memorial garden dedicated to Elaine Evans, founder of Let's Grow Akron. This site could use a sponsor--perhaps the Canal Society of Ohio?
​

“Portage Lakes to the Portage Summit” is the Canal Society of Ohio fall tour. It will be jointly sponsored by the Pennsylvania Canal Society. Based in Akron, at the Holiday Inn at Arlington Rd. & I-77, this all-day bus tour will explore the Portage Lakes and other lakes on the north-south continental divide, and finish at the summit of the

Tritt's Mill - our last stop of the day.  We planned to have a cider toast on site, but rain threatened so we met at our hotel HQ 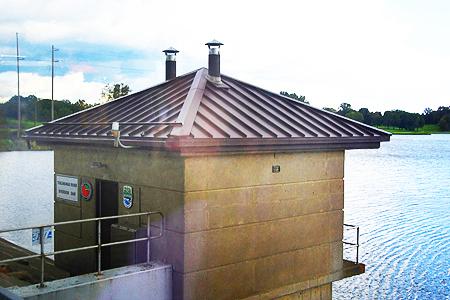 Canal boat replica built by members of the local community,

on the shore of Summit Lake in Akron

Doug Fuller leading a hike through historic areas of Kent 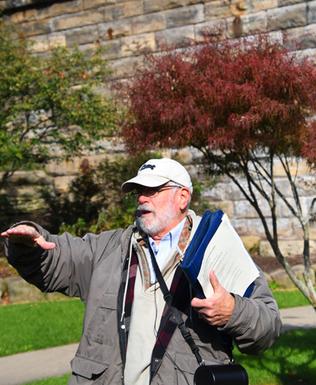 The dam at the Firestone Reservoir, which feeds the Portage Lakes

Many thanks to those who assisted in the building of this Webpage: Ron Petrie, Member of the Tour Committee -

Along the Cuyahoga River Valley through downtown Kent​ 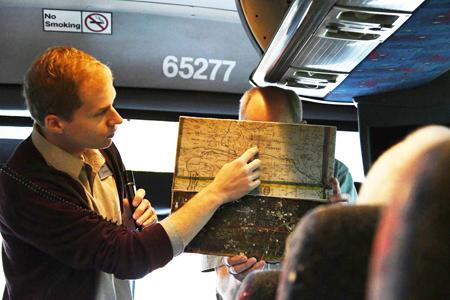 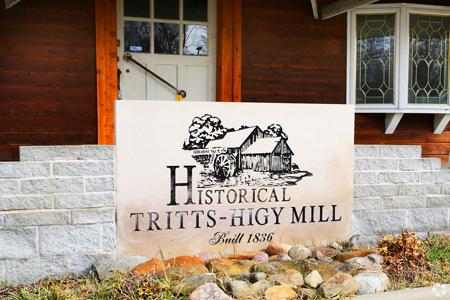 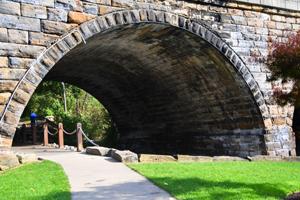 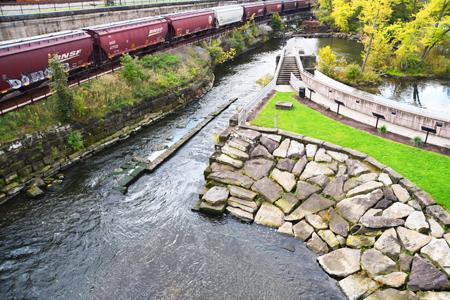 Remnants of the Pennsylvania & Ohio Canal in downtown Kent​ 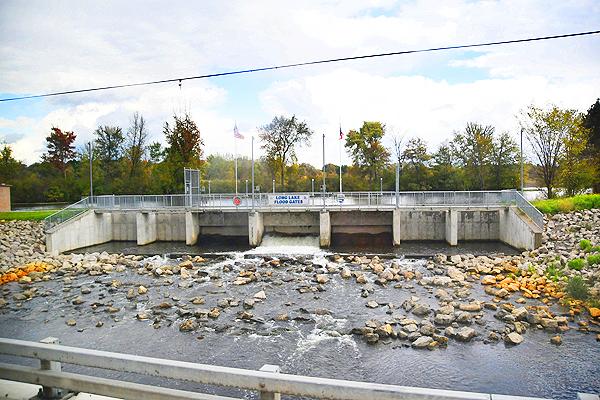 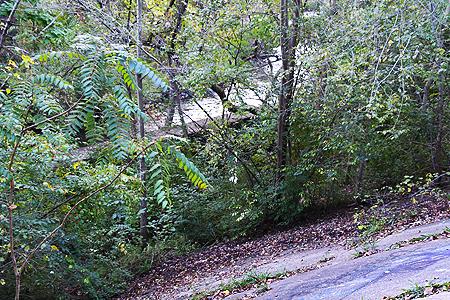 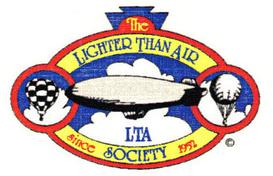 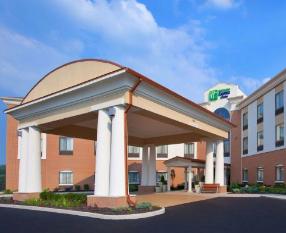 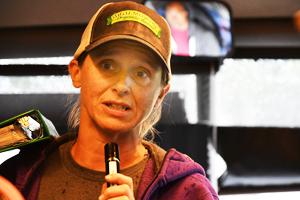