I kept following them daily and asked how deep did that rake go down.  He told me 4 ft. That is when I starting thinking about the wreck of the Black Diamond.  We have talked about that wreck for years.  After telling the story on the tour boat, I began to think that if we "raked" it slowly and at 4 ft., we might find some coal and a possible piece of the boat.

For many years locals would go there and bring up coal.  Divers would swim around down there and see what they could locate.  At one time, I would say in the 1990's a piece of the boat was found.  We have it in the museum.  That particular piece has a metal rod sticking out of it.  I asked Barry to look for pieces of wood that might have some metal rods connected to it.

As they got closer I kept up the vigil of checking with both crews.  Day crew and night crew. I told them to call me anytime if they found anything.  Baker Engineering employees, Jacob and Rick, were so interested in the history of this and the crew were getting interested as we got closer and closer.  I had attended the Citizens Advisory Council meeting in February. It was then that I thought we might find something, because they were very cooperative... all of them at ODNR, Ruhlin, ASI and Baker.

On Saturday Feb 20 at midnight I got a text from Jacob with a picture. He said, "I think we found your boat."  I was thrilled. I went to the site only 70 ft. from Black Diamond Point on Sunday.  (no work on the dam that day) Sure enough there it was.  A very large piece with rods sticking out of it.
​I knew we had hit pay dirt.  I believe that it was a piece of the bow. Along with that were pieces of coal... Lots of them and some of them were very large  pieces.  I was ecstatic !!!  This was great.

On Monday Feb 22, I went to the site at 7:00 am to begin the next rake.  They started bringing up many, many pieces of wood.  Some small, some big, some splintered and more coal. The second rake took place at 4:00 pm.  They had gone about 30-40 feet.  I knew that the canal boat was 50 ft. long. They then brought up another big piece that I think is the stern.  It was beautiful.   The final rake took place at 7:00 pm and that one revealed only a few more pieces of wood.  They raked another 30 ft. and there was ​nothing else.

Pieces of the 150 year old Black Diamond Canal Boat dredged up in 2016. 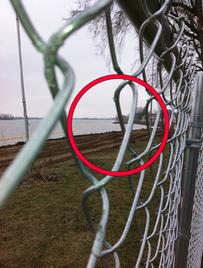 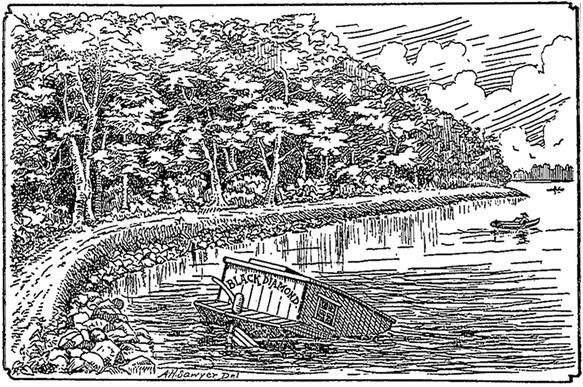 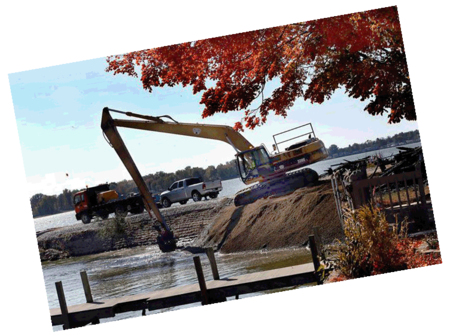 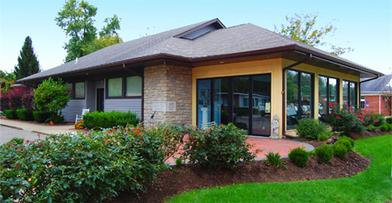 A display at the Buckeye Lake Museum, shows a plank of the Black Diamond. This piece was found in 1991, when they excavated the Minthorn Lock, to put in a
new spillway.

Much to my dismay, the site was secured and closed off to me and the historical society. They took the big pieces in a dumpster to Leib's Island and submerged them again to keep them from drying out.  They then wet down and covered all the material at North Shore. They were very interested in where it was found and if I thought there was any more.  At the time they saw the site on Tuesday, it had been covered up by the new berm.

At this time I am not sure who will own the Black Diamond Canal Boat when it is all done.  Of course we want it to come back here to Buckeye Lake and the Museum.  That could be awhile off.  It will be preserved and tagged and they have to really ID it as the boat.  I know that it is the boat but it must be made official.  I hope the Society will be allowed to be a part of this dig and the ID of things found at the site.

It was a wonderful experience and I was elated.  I know that the construction people were as well. It brought us all together for a bit with a common cause that shows the rich history we have here.  I think that many thought that I was out of my mind.  That there was nothing there but old tires, lawn chairs, fishing poles, bicycles and lots of fishing line.  It has shown that we were right.  The story has been around since 1850 and we believed in the story. We hung in there and we were rewarded.

A truck load of pieces were taken to the North Shore and they secured a place to unload it.  It was a very large pile with Buckeye Lake bottom muck all over it.  Larry, the gentleman in charge of the North Shore area and equipment helped me spread it out a little bit and I began to look through it. Lots of coal, bottles, hundreds of small shards of wooden boat.  I knew this was going to be lots of work. However, it was so exciting and such a wonderful find, I figured we would be able to figure out what to do.

Tuesday morning I got a call and was told that ODNR had called in Lawhon & Associates from Columbus. They had been brought in to see the site and the pieces of the wreck.  I was told that it is standard practice for an Archeology team to be called in when something of this magnitude was found.  The Ohio Historical Society showed up as well and about 20 more archeologists from other locations.

Seeing that big rake they were using at North Shore, I thought about the Black Diamond. Made friends with the operator named Barry. I told him the story of how there was an amusement park here and that there would be all kinds of things on the bottom and would he keep an eye out for artifacts.  Like bottles, coins, park stuff, etc.  He soon found some things.  I would meet up with him and he would give them up.  He found about 10 bottles and a wonderful soup bowl that says Lake Breeze on the bottom of it. 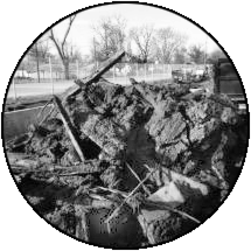