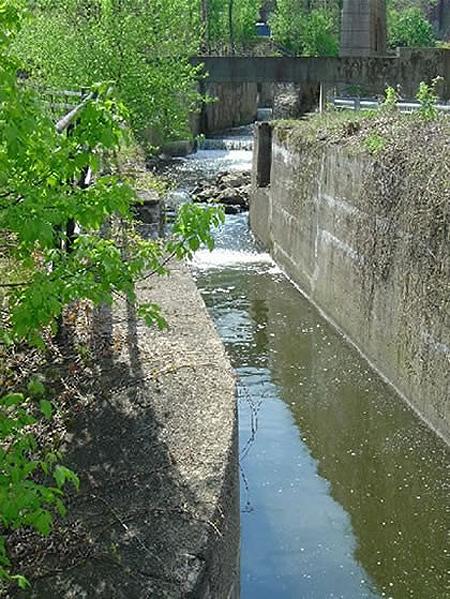 Dr. Eliakim Crosby pioneered Akron’s cereal industry, but Ferdinand Schumacher revolutionized it. Schumacher (1822-1908), a native of Hanover, Germany, moved to Akron in 1851 and opened a shop on South Howard Street. In 1856, he began milling cereal grains because he missed his favorite food.

According to Akron historian Karl H. Grismer: “Schumacher was fond of oatmeal. He had always eaten it for breakfast back in Germany and wanted to keep on eating it after he came to America. 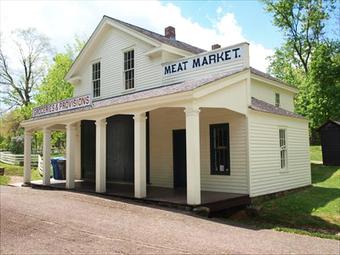 Akron’s Cascade Locks are a unique artifact left over from Ohio’s canal era. The Cascade Locks were part of the canal system that transformed Ohio from a primitive wilderness into the third most populous state in the union.

The Cascade Locks are amongst the most impressive canal engineering achievements in the country. This “staircase” of locks was designed to carry the canal over the north- south continental divide which, at its summit, is 340 feet above the canal outlet at Cleveland.

Nearly destroyed following the demise of the canal, the area is being rescued by the Cascade Locks Park Association and other interested groups.

Here you may see the lock remnants of the canal and its parallel millrace that supplied the area with immense waterpower. These two features resulted in the genesis of the City of Akron-the locks leading to commercial development and the millrace to industrial development.

At the base of the Cascade is the beautifully restored Mustill’s Store a canal landmark that now houses canal exhibits and memorabilia. Just south of North Street, at the base of the millrace was Schumacher’s Cascade Mills, later to be known as Quaker Oats.

Locks of the Cascade

The Mustill Store and House are survivors of Akron's canal era and date to the 1840s. Joseph and Sarah Mustill moved their family from England to Akron in 1833 and owned the store and Greek Revival house at Lock 15 on the Ohio & Erie Canal. 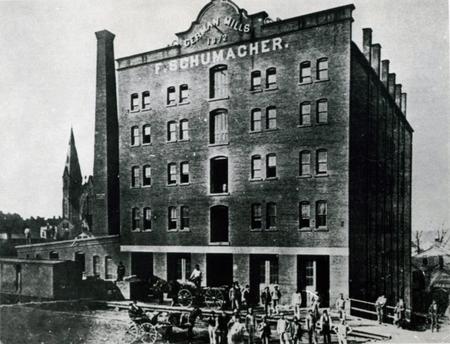