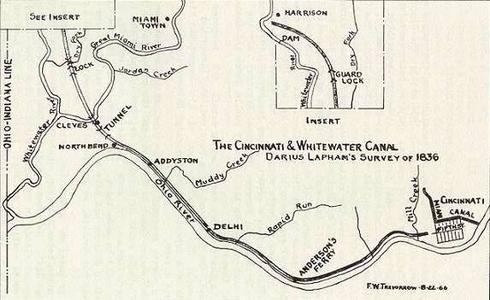 The Miami & Erie Canal in Cincinnati 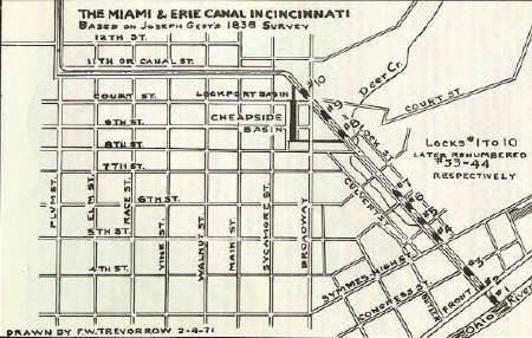 The Miami & Erie Canal in Cincinnati, similar to Toledo and Cleveland, is difficult to visualize due to superimposed urbanization. The accompanying map shows the original course of the canal. The canal entered Cincinnati on a twelve-mile flat stretch that began at Lockland to the north. "Canal Street" on the map is now the east-west portion of Central Parkway and the flight of locks carrying the canal to Ohio River level is now known as Eggleston Avenue

The Cincinnati and Whitewater Canal 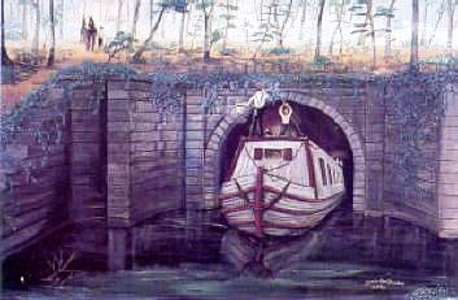 Metamora on the Cincinnati & Whitewater 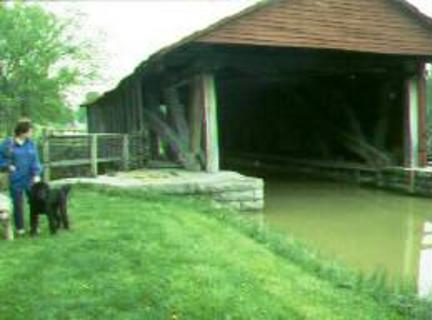 Commercial interests were eager to attract and develop trade in the valleys of the Great Miami and Whitewater Rivers - an area incompletely served by the existing Miami Canal running from Dayton to Cincinnati.

In response, the Cincinnati and Whitewater Canal was completed in 1843. The Cleves Tunnel is an outstanding engineering feature of the canal. It was the fifth canal tunnel in the country and the first one in Ohio. The tunnel allowed the canal to cross a high glacial moraine that separates the Great Miami Valley from the Ohio River. 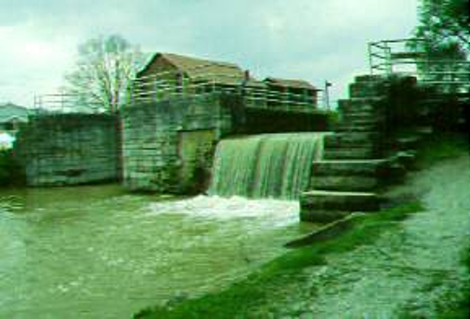