Newark was an important city on the Ohio and Erie Canal. Situated just north of the Licking Summit it achieved early commercial prominence.   There were eight locks in the course of four miles leading to a concentration of businesses dependant on canal transportation.

Unfortunately the canal is no longer identifiable in downtown Newark. However, ten miles to the east, at Toboso, is Black Hand Gorge, one of the most scenic spots on the entire canal. The towpath is on the face of the

Just south of Newark is present-day Heath, the site of ground breaking for the Ohio and Erie Canal in 1825. An historic marker is present. 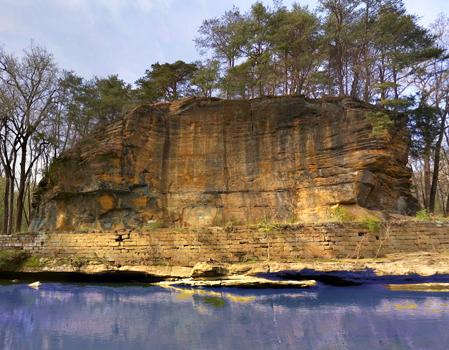 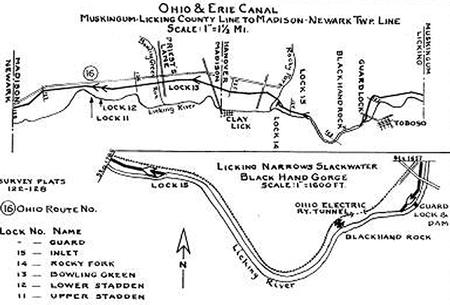 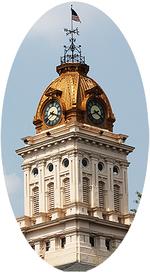 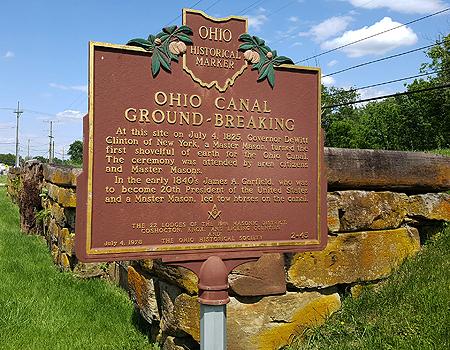 A small section of the original lock marks the location where Governor DeWitt Clinton of New York and Ohio Gov. Jeremiah Morrow, turned the first shovel of earth, marking the beginning of construction of the Ohio & Erie Canal on July 4, 1825.