Lying in the Scioto Valley, the Ohio and Erie Canal enters the Ohio River at Portsmouth. In fact the canal never made it to Portsmouth. It actually entered the Scioto River from the west side (Portsmouth is on the east side). Plagued by repeated flooding and shoaling the canal terminus was a constant problem. Late in the life of the canal (1887) a new outlet entered directly into the Ohio River.

The Scioto Valley has been the victim of floods of historic proportion. Portsmouth has sought protection by constructing floodwalls. In 1937 the Ohio River went over the 62 foot walls and flooded most of the city! The current walls will withstand a flood of 77 feet. On the Front Street floodwall are 55 murals depicting the history of the area- a striking attraction which includes panels illustrating the  historic canal. 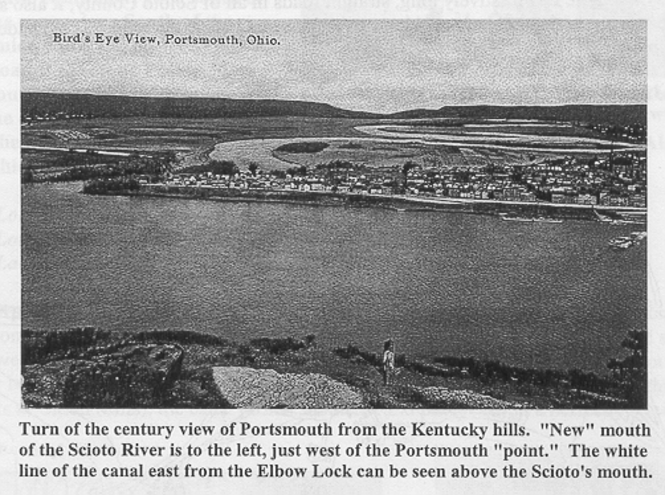